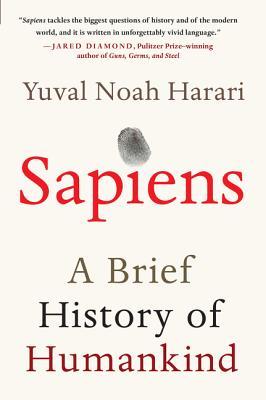 This book was a little different than I was expecting, but all-in-all it was good. It had a LOT of different topics from evolution to religion to empires to economics to the future and beyond. So many different topics that it’s really hard to sum up and summarize and honestly, it might take awhile to process this book and I may need to revisit it at some point.

I took a LOT of notes while reading this, so I will just jot them down here. Most of them are direct quotes, some are modified quotes, and just a few are my own thoughts:

Part One: The Cognitive Revolution

Part Three: The Unification of Humankind