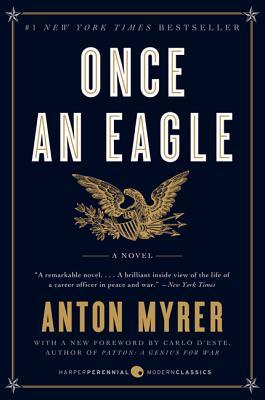 I understand that Sam Damon was a noble man and had a certain calling towards the military. However, the lesson I learned from this is, I think you can be too consumed in your calling – if you aren’t able to find the right balance. I really felt this towards the end of the book – after Sam drug Tommy, his wife, through a career’s length of moving, not very good living conditions, him being gone to war – once Sam finally retired to Monterey, he should’ve kept his word to Tommy and spent the rest of his days with her and stayed busy with woodworking. He should’ve never gone on that last mission.

With that said, Sam was easy to root for – an all American boy who was straight as an arrow morally and from my home state of Nebraska. He’s tough as nails when he needs to be and doesn’t have a lot of emotion – a sort of Rambo character. And just as Rambo had Colonel Trautman, Sam had his own mentor, Colonel Caldwell, to guide him when necessary.

All a good man needed was one opening, one solid chance to show what he could do: if he was any good he’d make it the rest of the way on his own.

I didn’t care much for the antagonist, Courtney Massengale – but I do agree with other readers — I believe he did have some desirable skills and characteristics – albeit some undesirable ones as well.

That’s the whole challenge of life – to act with honor and hope and generosity, no matter what you’ve drawn. You can’t help when or what you were born, you may not be able to help how you die; but you can – and you should – try to pass the days between as a good man.

Throughout the story, Sam shows a good example of how to have heart and pride and loyalty towards your team. He shows good decision making skills and the ability to play the hand his is dealt. During his years in the military he fights in World War I, World War II, and also the beginning of Vietnam. Along the way, he loses his best friend, other good friends — really, all of his friends, and his son, and eventually his wife loses him.

That’s what war is for, isn’t it? …to kill people?

At the end of it, it’s somewhat of a depressing book – it paints a bleak picture of life in the military for both the soldier and the spouse and family. It shows the horrors of war and also the toll that life can have on a man and a married couple.

Most books are longer than they need to be, and this one was no different – clocking in at 1291 pages, it was exhausting getting through it.